Sneakers as a Science: Engineering Fashion for Comfort, Support, and Style

Posted by Kiera Shepard on  April 9, 2019
0
Category: Issue II, Sports & Recreation, Volume XIX
Tags: comfort, shoes, sneakers, style
Abstract Many of us wear sneakers for comfort, style, or athletics, but there’s a science behind these common shoes. Not only is there innovation behind the design and look of sneakers, but health-improving technology behind their feel, such as those of orthopedic shoes or sports performance. Sneakers are worn by
Read More The Engineering Behind the Happiest Place on Earth Thermal Imaging: The next game changer for medical devices?

Posted by Sovanna Cao on  March 7, 2019
0
Category: Computer Science, Electrical Engineering, Entertainment, Issue I, Sports & Recreation, Volume XIX
Abstract There’s nothing quite like the thrill of watching a close finish in racing sports such as track and swimming. However, sometimes these finishes are so close that they leave fans, and even referees, wondering who actually completed the race first. To address this ambiguity, the Fully Automatic Timing (FAT)
Read More Posted by Sovanna Cao on  March 7, 2019
0
Category: Computer Science, Entertainment, Health & Medicine, Issue I, Sports & Recreation, Volume XIX
Abstract The board game Go has been viewed as one of the most challenging tasks for artificial intelligence because it is “complex, pattern-based and hard to program”. The computer program AlphaGo’s victory over Lee Sedol became a huge moment in the history of artificial intelligence and computer engineering. We can
Read More

A Face Only Law Enforcement Could Love: Using Facial Recognition to Improve Security

Posted by Sovanna Cao on  March 7, 2019
0
Category: Computer Science, Issue I, Security & Defense, Volume XIX
Abstract Imagine making a credit card payment with just a selfie or having a virtually unhackable password without memorizing a single character. With the advancement of biometric security measures such as facial recognition, consumers will no longer have to imagine a world where this is possible. The technology that has
Read More Posted by Melisa Osborne on  October 30, 2018
0
Category: Biomedical Engineering, Health & Medicine, Issue III, Lifestyle, Mechanical Engineering, Volume XVIII
Abstract For decades, the field of robotics has progressed slowly in attempts to develop a robotic hand as dexterous as the human hand. However, recent research efforts are entertaining the idea that the key to creating a dexterous robotic hand may be in artificially re-creating the muscle- and tendon-based approach
Read More The Human Lung…On a Chip!

Posted by Melisa Osborne on  October 30, 2018
0
Category: Biomedical Engineering, Health & Medicine, Issue III, Material Science, Volume XVIII
Abstract The lung-on-a-chip is a clear, flexible microdevice that mimics the structure and function of the human lung. The size of a USB memory stick, the chip contains tiny hollow channels lined by living human lung cells. Inside the chip, realistically arranged cell layers are exposed to a flow of
Read More Touchscreen: an Engineered Harmony between Humans and Machines

Posted by Melisa Osborne on  October 30, 2018
0
Category: Computer Science, Electrical Engineering, History & Society, Issue III, Lifestyle, Mechanical Engineering, Volume XVIII
Abstract Touchscreens change the way we interact with computers and machines. They remove physical buttons, make computers and machines easier and more fun to interact with, and integrate more technology into our everyday lives. Touchscreens also allow us to humanize or anthropomorphize devices because it reduces the barrier between the
Read More To Float or Not to Float? Posted by Kiera Shepard on  October 26, 2018
0
Category: Issue II, Music, Volume XVIII
Tags: music, sound
Abstract From the time of vinyl records to modern portable music capabilities on phones, music producers have been fighting for the best (read: the loudest) music releases.  Sound engineers have been the primary weapons in this war. Compressing the dynamic range, or the gap between the loudest and softest moments
Read More Cryptography and Communication Security in a Digital Age

Posted by Kiera Shepard on  October 26, 2018
0
Category: Communication, Computer Science, Issue II, Security & Defense, Volume XVIII
Tags: communication, computer science, security & defense
Abstract Have you ever forgotten your password on a website where you made an account months before?  The process of retrieving that password begins with a trial and error process of running through your familiar passwords and usually ends with a frustrated click on the “Forgot password?” button nearby. After
Read More

The Computation of Love: Finding Your Soul Mate Online

Posted by Kiera Shepard on  October 26, 2018
0
Category: Computer Science, Issue II, Lifestyle, Volume XVIII
Tags: algorithm, computer science, lifestyle
The Computation of Love: Finding Your Soul Mate Online   Abstract   In an age of technology and free Wi-Fi, those of us navigating the single life can opt for the electronic highway to love. Computer engineering has allowed society to grasp the subjective nature of attraction and translate it
Read More The Future of Surfing

Posted by Kiera Shepard on  October 26, 2018
0
Category: Editors' Picks, Issue II, Issue II, Sports & Recreation, Volume XVII, Volume XVIII
Tags: sports, surfing
Introduction   Surfing. When you hear that word, what comes to mind? You might think of a guy on a surfboard speeding down the face of a monstrous sixty-foot wave, an aged Hawaiian man paddling into the sunset, a smiling Bethany Hamilton holding her surfboard, or maybe even the Beach
Read More From Shark Skin to Speed

Posted by Melisa Osborne on  March 21, 2017
0
Category: Biomedical Engineering, H2O, Health & Medicine, Issue I, Lifestyle, Material Science, Mechanical Engineering, Physics, Volume XVIII
Sharks inspire a feeling of awe in many people, partly due to their natural speed and representation of power. Through modern biomimicry, scientists have been able to imitate shark skin and design speed-enhancing technologies to benefit transportation, medicine, and apparel design. Introduction When visiting a local aquarium, there is no
Read More

Do Androids Dream of Electric Sheep? A Look Into Google’s DeepDream

Posted by Melisa Osborne on  March 21, 2017
0
Category: Art, Computer Science, Electrical Engineering, Issue I, Lifestyle, Volume XVIII
Tags: artificial intelligence, brain, dream, google, neural network
Do androids dream of electric sheep? The answer lies within Google’s new image recognition algorithm, DeepDream. While the algorithm is more generally used to identify objects in images, it can also be used to give images a “dreamy” makeover. To fully understand what DeepDream is, and how it gives images
Read More

Leaving the Light On: Vacuum Tubes and their Reemergence

Posted by Steve Bucher on  March 21, 2017
0
Category: Computer Science, Entertainment, Health & Medicine, Issue I, Lifestyle, Music, Volume XVIII
Walk into an Urban Outfitters, coffee shop, or cafe in any arts district and you will catch wind of an audio craze that has blown through the younger generation – analog sound. Boycotting digital sound, those who seek warm, analog signals wish to receive their music in a more natural
Read More Posted by Melisa Osborne on  March 1, 2017
0
Category: Chemical Engineering, Food & Drink, H2O, Health & Medicine, Issue I, Lifestyle, Material Science, Volume XVIII
When you put a spoonful of your favorite ice cream into your mouth, you are enraptured by blasts of flavor, its creamy texture, and coolness on your tongue. Ice cream makers have the same qualities in mind when they are formulating the recipe to their next frozen creation. But, more
Read More The Future of Food: 3D Printing

Posted by Melisa Osborne on  October 5, 2016
0
Category: Issue III, Lifestyle, Mechanical Engineering, Volume XVII
3D printing is the process of building up a 3D object by depositing materials layer by layer onto the print bed of a 3D printer. The materials most commonly used to produce the 3D objects have been plastics and metals, but recently researchers, engineers, scientists and food connoisseurs have begun
Read More A Wireless World Is a Better World

Posted by Megan Andersen on  June 26, 2016
0
Category: Communication, Electrical Engineering, Energy, Issue II, Lifestyle, Power, Volume XVII
The wireless transfer of electrical power is a technological concept that has been around since the late 19th century. However, this technology was never fully developed for commercial use, and after the death of its discoverer, Nicola Tesla, it became obsolete for almost a century. This technology was finally revived
Read More 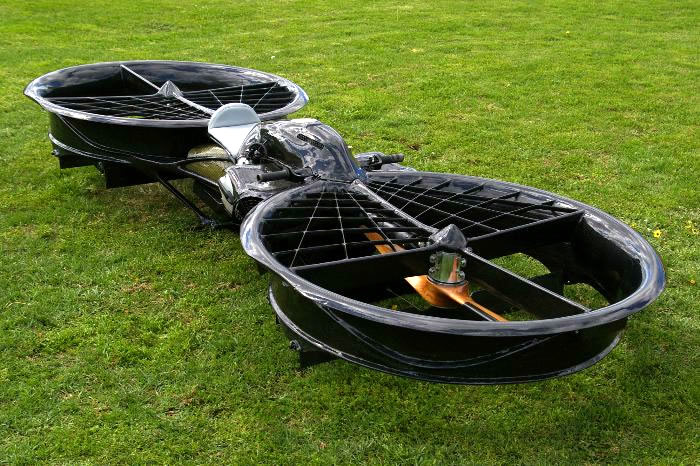 Hoverboards: Gliding to the Future

Posted by Megan Andersen on  May 20, 2016
0
Category: Electrical Engineering, Issue II, Lifestyle, Mechanical Engineering, Volume XVII
Hoverboards have been a dream put into people’s imagination by movies and other science fiction works, but now they have become a reality. By using the concepts of magnetism, hoverboards have been developed that levitate a few inches off the ground while allowing the rider to maneuver across metal surfaces.
Read More