To Hear or Not to Hear

Posted by Kiera Shepard on  January 31, 2020
0
Category: Biomedical Engineering, Electrical Engineering, Issue I, Lifestyle, Physics, Volume XX
Tags: headphones, healthcare, lifestyle, noise-canceling, sound
Abstract As the world seems to be getting louder and louder, noise-canceling headphones could be the potential answer to tuning noise out in many different situations. Born from the dissatisfaction of regular passive noise-reduction headphones, noise-canceling headphones utilize an internal speaker that actively produces a sound wave equal and opposite
Read More Holograms: Blurring the Lines of Reality

Posted by Kiera Shepard on  January 31, 2020
0
Category: Electrical Engineering, Entertainment, Issue I, Lifestyle, Physics, Volume XX
Tags: entertainment, hologram
Abstract First appearing in popular movies like Star Wars, the idea of 3D holograms captured and confused the world. While the idea was born over seventy years ago, it wasn’t until recent advances in technology that holograms transitioned from the fantasy world of the movies to real life. In fact,
Read More Fireworks Forever: The Story and Engineering of Fireworks

Posted by Kiera Shepard on  January 31, 2020
0
Category: Chemical Engineering, Electrical Engineering, Entertainment, Issue I, Volume XX
Tags: fireworks, fuse, gunpowder
Abstract When you look at a firework sparkling in the night sky, you may wonder how this phenomenon occurs or how fireworks became a staple for special occasions. The creation of the modern firework underwent much experimentation to become the spectacle it is today. With gunpowder, fire, and “stars,” fireworks
Read More The Piano: Scales of Engineering with a Note of Artistry

Posted by Megan Andersen on  October 28, 2019
0
Category: Issue V, Music, Volume XIX
(Traumerei – Schumann playing in the background: https://www.youtube.com/watch?v=fHlfNYY1YIY) Sixty thousand pounds is the weight of five fully-grown elephants and the amount of force contained within a concert grand piano. [1] Although it’s been around for over three centuries, the piano has evolved into one of the most versatile and complex
Read More Setting the Curve: The Magnus Effect and its Applications

Posted by Megan Andersen on  October 28, 2019
0
Category: Issue V, Sports & Recreation, Volume XIX
Introduction Throughout our daily lives, there are elements of design and engineering all around us, most of which go completely unnoticed. Whether it’s the chair you’re sitting on, your favorite pen, or the individual bricks in a building, they all needed to be engineered and designed to function. However, just
Read More Posted by Megan Andersen on  October 28, 2019
0
Category: Civil Engineering, Issue V, Volume XIX
Introduction: In the 2005 movie rendition of “Charlie and the Chocolate Factory,” five golden ticket guests were given a special tour of the factory.  During the second half of the tour, they enter an elevator that Willy Wonka introduces by saying, “This isn’t just an ordinary up and down elevator.
Read More Repetition is catching on

Posted by Megan Andersen on  October 28, 2019
0
Category: Issue V, Music, Volume XIX
INTRODUCTION Just a year ago, the world’s radio waves were flooded with the chants of “Gucci Gang”, a viral sensation by Soundcloud rapper Lil Pump. With a runtime of just 2:04, it was the shortest song to ever hit the top of the Billboard Top 100 since 1975, a whole
Read More Harnessing the Power of Waves Are Your Headphones 3D Enough? A Stroke of Genius: Neurorehabilitation through Virtual Reality The Making of Mario in 3D

Posted by Kiera Shepard on  August 26, 2019
0
Category: Communication, Entertainment, Issue IV, Lifestyle, Volume XIX
Tags: character, emoji, emotion, ideogram, pictograph, picture, smiley, texting
Written by: Rajan Paul About the Author: Rajan is a junior studying Electrical Engineering at the University of Southern California. His interests include beekeeping, ethnic cuisine, and travel. Rajan hopes to combine his hobbies and education into developing a smart beehive that will help save the bees. Abstract Emojis have
Read More Posted by Melisa Osborne on  July 1, 2019
0
Category: Energy, Food & Drink, Industrial Engineering, Issue III, Material Science, Mechanical Engineering, Volume XIX
Tags: bottle, drinking, filtration, plastic, purification, reverse osmosis, water
Written by: Augustine Au Augustine is a junior studying Business Administration at the University of Southern California. He is passionate about entrepreneurship and aspires to use his knowledge to positively impact his community. Abstract The development of bottled drinking water has revolutionized the way in which the world has acquired
Read More The Role of Hyperloop in Transportation Innovation

Posted by Melisa Osborne on  July 1, 2019
0
Category: Aerospace Engineering, Civil Engineering, Ergonomics, Issue III, Lifestyle, Physics, Transportation, Volume XIX
Tags: hyperloop, innovation, transportation
Written by: Patrick Hennessey With every improvement to transportation, the world feels a little smaller, and people become more connected.  Some of the world’s greatest inventions have been in the field of transportation, but we haven’t had a major innovation in over a century- a new system is long overdue.
Read More The “Aero-Position”: Why Cyclists Study Aerodynamics Posted by Melisa Osborne on  July 1, 2019
0
Category: Industrial Engineering, Issue III, Transportation, Volume XIX
Tags: airlines, algorithm, dynamic, planes, tickets
Written by: Kiera Shepard Kiera is a senior studying biomedical engineering with an emphasis in mechanical engineering, pursuing a Masters in applied biostatistics and epidemiology. As a frequent flyer between LA and her hometown of San Francisco, she is intrigued by the algorithms behind airline fares. Abstract Have you ever
Read More Serving up Some Knowledge: The Physics of Tennis

Posted by Megan Andersen on  April 9, 2019
0
Category: Issue II, Most Popular, Physics, Sports & Recreation, Volume XIX
Abstract The shots of a professional tennis player may look like magic, seemingly defying the laws of science before your eyes. But it all becomes much simpler when you understand the physics behind tennis. This article focuses on the generation of spin on a tennis ball, how to maximize the
Read More 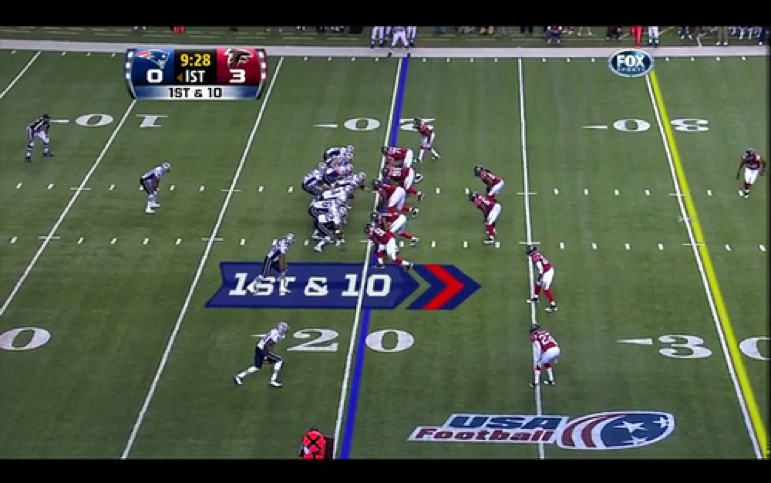 On-Screen Graphics and Their Impact on Sports

Posted by Megan Andersen on  April 9, 2019
0
Category: Computer Science, Issue II, Sports & Recreation, Volume XIX
Abstract Since the mid 90’s, networks have projected virtual graphics onto the field during sporting events for at-home viewers; the most successful example is the 1st and Ten yellow line system used in football. By providing the audience with important information without distracting from the game, the system has changed
Read More Fitness trackers: How they work and their highly anticipated future

Posted by Megan Andersen on  April 9, 2019
0
Category: Health & Medicine, Issue II, Sports & Recreation, Volume XIX
Abstract Millions of people around the world wear fitness trackers daily to record their physiological conditions. These devices contain a variety of different sensors that allow the user to measure heart rate, sleeping patterns, steps taken, and more. The physics behind these sensors can be relatively simple. However, the most
Read More Posted by Kiera Shepard on  April 9, 2019
0
Category: Biomedical Engineering, Issue II, Volume XIX
Tags: biomechanics, dance, piroutte, prosthetics
Abstract Many people admire ballet for its artistic qualities, but few look beyond these qualities to appreciate the science that allows the beauty of ballet to exist. This paper takes a look at the science behind dance, and breaks down the fundamental physics concepts that allow dancers to execute the
Read More