About the Author: Christina Shin

Christina Shin is from Honolulu, Hawaii and attends the University of Southern California. She’s currently studying architecture and expects to graduate May 2021.

In the 2005 movie rendition of “Charlie and the Chocolate Factory,” five golden ticket guests were given a special tour of the factory.  During the second half of the tour, they enter an elevator that Willy Wonka introduces by saying, “This isn’t just an ordinary up and down elevator.  It can go sideways, longways, slant way and any other ways you can think of” [1]. Riding in this unique elevator, the guests come across visions of a mountain, the cotton candy factory, a hospital and other portions relating to the candy wonderland. In this moment, the fascinating revelation resides with the audience that this unique elevator design provides access to completely different worlds [1]. Although our current technology has not surpassed this level of creativity, the concept of a multi directional elevator is slowly becoming a reality, which will expand the capabilities of future architectural designs.

A current endeavor towards multi-directional elevators belongs to the German-based company, Thyssenkrupp.  Recently, the Krupp company patented a multi directional, rope-free elevator called MULTI, which is currently installed in Berlin for the OVG Real Estate’s East Side Tower [2]. Though it may not be as extravagant, nor surpass the physical limitations of Willy Wonka’s elevator, East Side Tower will be the first working building to utilize this elevator.  Previously, Thyssenkrupp set up a test tower with the multidirectional elevator in their research center where interested users can take it for a ride [2].

The mechanics of elevator design begin when individuals enter the small elevator cab, or the “box,” which is designed to contain passengers. The cab is attached to a pulley motor system, where the ropes wind up or release to adjust its height [3].  Although useful, the pulley system limits the elevators to move along a single axis. Previous efforts to expand the elevator’s functionality include dividing the shaft within the tower, so that the shaft wouldn’t have to extend to the roof of the building, as well as having two cars within the same shaft [4].

The multi directional elevator allows elevators to move not only on its vertical axis, but also its horizontal axis. This allows the elevator cab to circumvent other cabs within the same shaft.  However, since this design requires the movement of the elevator cabs along multiple axes with the potential to intersect paths, the cable pulley system has to be reimagined. As seen below, the elevators come from different directions implying the axis of movement (Fig. 1). By having three elevators shown within the eight points of intersections, one can see the opportunity for the elevator to move in multiple directions.  Because the elevator is able to “park” in any one of these points, elevators have room to go around each other. Figure 1: Rendering demonstrating the intersections of the elevators [2].

How Does the Multidirectional Elevator Work?

The multi directional elevator is designed to use magnets, instead of cables, similar to a Maglev train. Based off of Jacek F. Gieras’ claim, Maglev trains are frictionless and use magnetic suspension and a linear motor technology, which are contactless. This attraction utilizes electromagnetic forces with air gap and electrodynamic levitation (ELD.) They also use super conductivity and repelling forces through the magnets [5].  This specific system involves leveraging linear motor technology. This means that instead of having a rotational axis where the gear rotates, cabs move by using an electronically shifting array of magnetic poles, which adjusts the North and South forces of each magnet. The motor can then drive the cab without attaching to anything, such as a gear or crank, by gaining momentum to move along the magnetic field [5]. As each magnet switches direction, it gains momentum, and the repelling of magnets allow the elevators to levitate.

How Will It Turn?

In order to make ninety degree turns, these elevators use the linear motor technology developed with the same magnetic device explained previously [5].  There is a 5-step process showing the transition of the elevator changing directions (Fig. 2).

Figure 2: Illustration showing the process of an elevator’s direction change [2].

Rather than using a rotary motor, which uses cylinders with gears to shift the placement of the following gear, the multidirectional train system uses a linear motor to obtain its force [6]. One limitation is that the linear motor movement is limited by how far the magnets can travel.  This is compensated by the fact that this type of motor possesses greater control on the directionality changes of the elevator. As seen below, different types of gears are used to gain speed (Fig. 3).

The rotary system (Fig. 3a) involves a gear where the cable it’s attached to meets at the point labeled support. From there, the gears rotate in and as it’s connected to the bigger wheel labeled guidance, it allows the support to move along that wheel. The linear motor (Fig. 3b) shows us how the magnets provide support and establish a guided path for this directional change.

When considering how cabs may superimpose onto another track, one can visualize the elevators as if they are on a railroad junction: as the train wants to move directions, the tracks also switches its gears to correct the path of the train.  The same concept of having the “rails” switch directions is what enables the multidirectional elevator to move in another axis. With the linear motor technology, the magnetic tracks on the elevator have a rotating mechanism which guides the path of the elevator cab.  Despite the elevator path changing directions, the cab still stays upright [7].

Even though the multidirectional elevators can go around each other, Thyssenkrupp had to account for the possibility of collisions, which they addressed by integrating algorithmic traffic practices. Shunya Ishimaru and Shingo Yamaguchi from 4th Global Conference on Consumer Electronics proposed an elevator system following an algorithm for the multidirectional elevator system.  The algorithm is based off of the “s-ring” from Saldoron Markon [8], which evaluates elevators based off of service times and wait times to compare efficiency within the action. Variables that were considered include (i) the number of passengers in the cab, (ii) the number of floors with passengers waiting to be picked up, (iii) the total floors where the passengers need to be delivered, and (iv) the size of the elevator to analyze the efficiency and waiting times of elevators. [9] 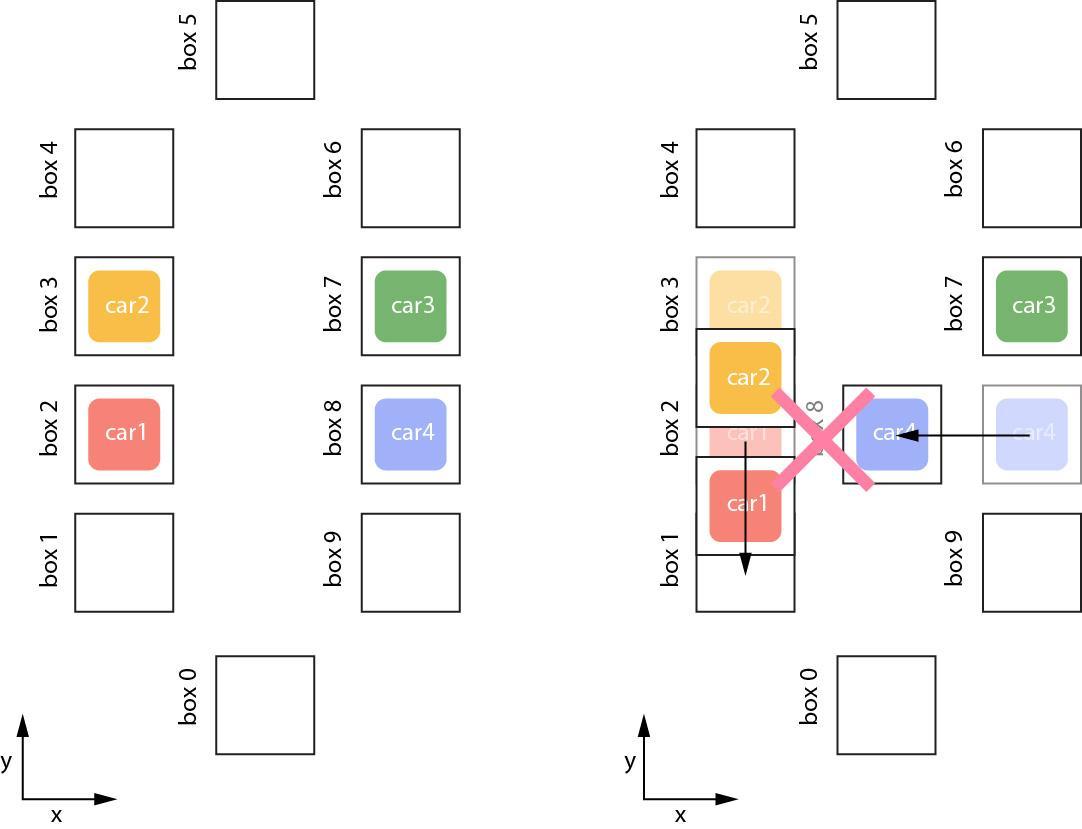 Figure 4: Scenario of a Car Getting Stuck. Individual

To figure out the configuration of the elevator system, the operator would need to implement “zoning policies.”  There are five zones, each containing a car (Table 1, Fig. 5). In policy B, Car 1 belongs in either Zone A, B, C, D, E.  Cars 2-4 can only go to Zone A. Car 5 is in zone B, car 6 is in zone C, car 7 is in zone D and car 8 is in zone E (Tab. 1).   The different cars are assigned to different zones but are still able to go to the unloading zone (Fig. 5). In this scenario, as the cars are independently stationed from each other, by allowing them all to go to the unloading zone, it creates a point of interaction, but they are all able to move along their own paths, which prevents the cars from getting “tangled.” In policy C, car 1 is allowed to go to all the zones while cars 2-6 need to stay in the center, zone A.  Then the other two cars are able to go to B, C, D, and E zones. In this example, a lot of the movement is done within that main zone A. From there, zone A becomes an intersecting point and the other two cars are able to do almost a “touch and go” movement as everything is centered. 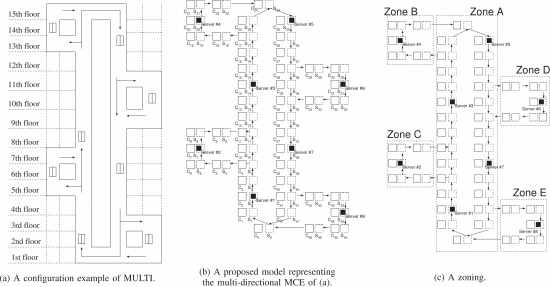 The benefits of multi-directional elevators are multi-faceted. Not only will it change the waiting times of the tenants who take the elevators, but it will ultimately change the function and capacity of multi-level buildings.

Even though architects rely on elevators to provide a structural core within a tall building, the boundaries of a typical elevator scheme also pose as an obstacle.  The limitations provided by elevators may inhibit design elements within buildings. The idea that elevators should be concealed will slowly diminish as the rise of this new concept of multidirectional elevators may become the basis for architectural design.

The trend leads to the possibility of elevators no longer using cables or no longer needing counter weights (which accommodates for the load of a 40% capacity elevator) [11]. This means that the elevator shafts can now be smaller, and cabs could be lighter.  According to ThyssenKrupp, the multidirectional elevator is 50 percent lighter than a typical elevator, consequently allowing for increased speed [11]. Haridy also claims that the new system could “increase a building’s usable area by up to 25 percent,” which is good for rules such as floor area ratio (FAR).  This means that when calculating the building’s area to the site’s area, they can focus more FAR towards usable space, rather than for elevator shafts. This is important for cities in general as they are trying to utilize space efficiently [10].

The magnetic system used within the multidirectional elevator also requires 60% less power than a typical elevator [11].  Rather than relying on the motor connected to a pulley, the multi-directional elevator uses the force derived from the magnets.  This is important because going up five floors uses about 500 kilowatt seconds which is about $0.03 [11]. If we used the Empire State Building from New York as an example, there are 102 floors. According to the Planning Advisory Service Reports, there should be about 1 person for each 200 square feet of interior office space [12]. With about 2.7 million square feet of floor area in the Empire State Building, 2.7 million divided by 200 is about 13,500 people [13], [14].  If each person within the maximum occupancy were to travel an average of 51 floors (half of the 102 floors), 13,500 people multiplied by 51 floors is 688,500. If every 5 floors of travel is $0.03, that would cost $4,131 [15]. The National Elevator Industry states that an average elevator trip has 5 people. After dividing $4,131 by 5, $826 is the cost from elevator energy of just going up once in a day with the maximum number of occupants in the Empire State Building. With this occupancy assumption in mind, the switch to multi directional elevators would reduce the power requirement by at least 60% which would ultimately save $495.72 every day.  This totals to $180,937.80 in a year.

Although this technology is fairly new, there are many ways buildings can incorporate the multidirectional elevator.  Thyssenkrupp is developing a system where the elevators can directly transport passengers into metros and subways from the building itself [2] (Fig. 6). This provides smoother traffic flow within the city and may even support accessibility systems.  Furthermore, elevators could become an additional mode of transportation between buildings or even eventually replace trains. 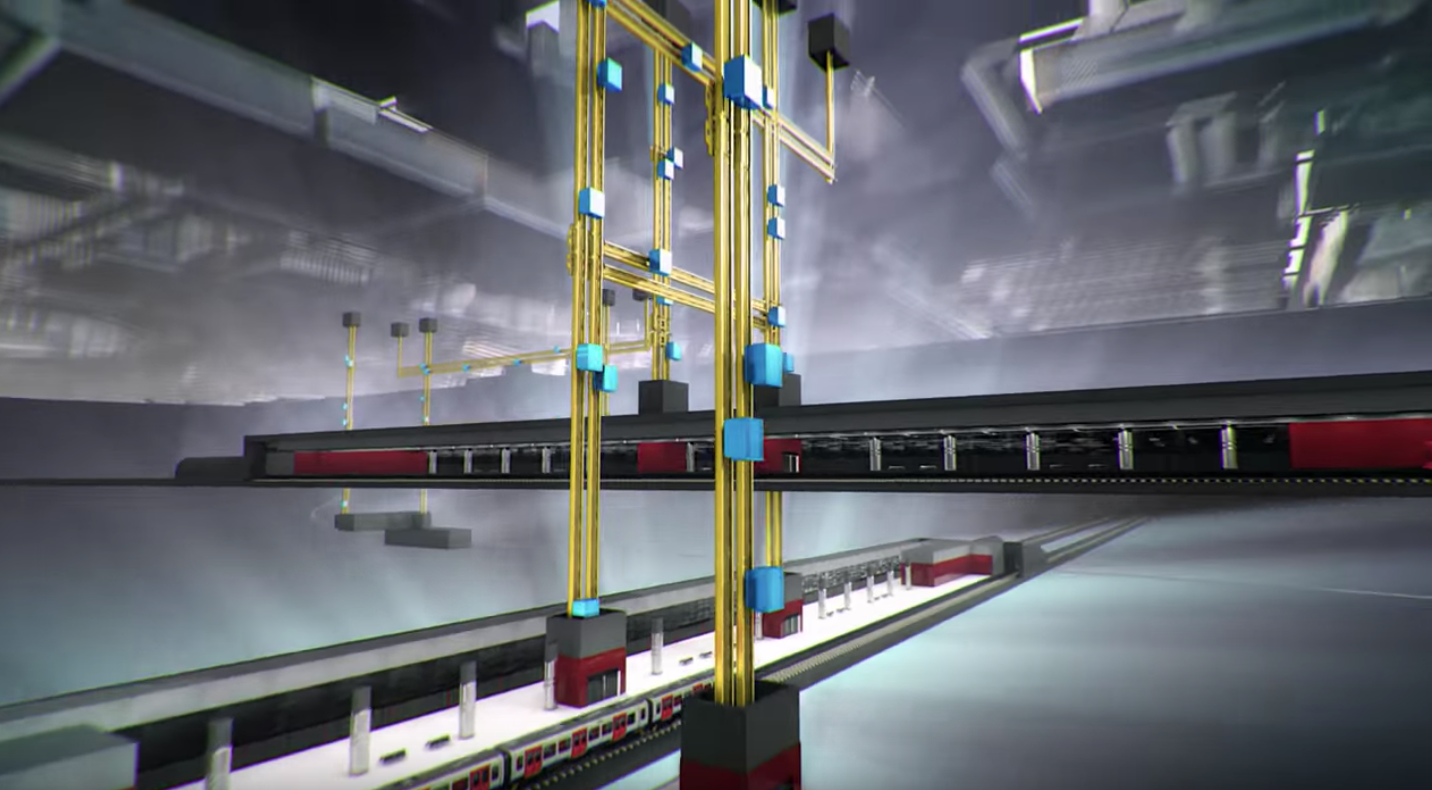 Figure 6: Rendering Showing the Connection of Elevators to Metros [2].

The fictional basis of Willy Wonka’s elevator may seem unrealistic, but the functional basis has become the target of innovation.  Multidirectional elevators are still new to our society but slowly, both the passengers of elevators as well as the owner of the building will see the impact of this technology.  Not only does this idea provide an alternative design of elevators for buildings, but it promotes the efficiency and energy savings that are core to preserving our society. Although this technology is in its preliminary stages, it could redefine society’s approach to urban challenges faced by other modes of transportation.  In the act of integrating this innovation into existing systems, such as the metro, multidirectional elevators pave a new direction that will not only help people, but also changes the way people live.